Celebrities that have Visited Croatia in Recent Years

Croatia is a magnet for celebrities wanting to get away from the madness of every-day life. Just like most of the Mediterranean, the sun is dependable for most of the year but there is so much more to help Croatia stand out from the crowd.

That is to say, while many countries in the Mediterranean have similar weather, there is nowhere quite like Croatia in terms of history and culture. What’s more, every destination is surprisingly different and this is certainly true about the cities of Split and Dubrovnik or the thousands of islands in the Adriatic Sea.

About the Celebrity Appeal of Split and Croatia

As you may know, Croatia has soared in popularity over the past ten years in particular. According to many surveys, vacation offers and tours in Croatia offer much better value than other destinations in Europe. That being said, it’s not just us budget-minded folk that fall in love with the place, Croatia has always been favored as a getaway for the rich and famous around the world.

It’s true, celebrities from all over the world have been coming here for years and even. For instance, Dubrovnik is most often in the news for playing host to famous visitors. From world leaders and global pop stars to sports stars and Hollywood actors; the list is endless. In fact, Sophie Lauren, Elisabeth Taylor and Richard Burton were here in the 1960’s, while Tom Cruise, Gloria Gaynor and even Beyonce visited in recent years.

However, it makes sense and there are many reasons as for why Dubrovnik is so popular. Aside from being the capital city, Dubrovnik is surrounded by iconic city walls and filled with ancient fortresses and towers.

As if that’s not enough, the “Pearl of the Adriatic” is a coastal city and home to incredible seafood and even multiple filming locations from “Game of Thrones” - the famous television series. But what’s this got to do with Split?

Let’s take a look at what celebrities have visited Split in recent times:

The Biggest Celebrities that have Visited Croatia in Recent Years

A few years back, Ellen DeGeneres and her long-time wife, Portia de Rossi, visited Split on vacation. Although no photographs have surfaced of their time in the city, reports suggest the couple spent at least a couple of days exploring Split before cruising the coastline of Croatia. In fact, DeGeneres and de Rossi also stopped off in Dubrovnik but most of their time was spent on the yacht and the island of Hvar. But who can blame them?

After all, sailing is often said to be the best way to explore Croatia. What’s more, Hvar is not far from Split and features some of the best the country has to offer. For instance, you will find stunning beaches and glorious food at every turn, while the cafe’s, bars and lively nightlife is some of the best in Croatia!

And then there’s Emelia Clarke, Kit Harrington, Sophie Turner, Maisie Williams and every other member of the Game of Thrones cast. That’s right, Jon Snow, Sansa Stark and the Mother of Dragons have spent quite a lot of time in Split. In fact, Emelia Clarke is well known for saying how she prefers Split to any other city in Croatia and recommends that everyone goes there once!

As you might expect, Game of Thrones is now responsible for a lot of tourism in Split and a great place to walk the streets, while imagining the many scenes from the series. It should go without saying that not everywhere in Split was used for the show but at the same time, there is most definitely a resemblance at every turn. That is to say, the cities in Game of Thrones were supposed to be iconic and atmospheric, and that’s exactly how it feels walking around the city of Split.

As with almost every other visitor to Split, many of the Game of Thrones cast visited the major attractions around town. Also, given the easy access to nearby islands, this was a great starting point and most especially ideal for taking the Blue Lagoon boat tour and/or Hvar island boat tour.

Julia Roberts is arguably one of the most famous and popular actresses in our lifetime. After first breaking into movies with “Pretty Woman”, she went on to star in Ocean's Twelve, Runaway Bride, Notting Hill and countless more blockbuster movies.

In recent years, Roberts spent time in Split with her husband and many photographs have surfaced online from the holiday. At the same time, not everyone seemed to recognize the celebrity on her second trip to Split. More specifically, Julia was spotted with her husband at “Riva”, the famous promenade in the city. Located next to the pebble beach in Trstenik, this beautiful promenade is the ideal place to stretch the legs and soak in the relaxing atmosphere of Split.

In case you might be asking yourself, the celebrity couple ended up eating at Bokeria restaurant before posing for photographs with the staff and other guests at the restaurant. In the following days, we suspect they may have spent time exploring the many attractions in Split. After all, there are so many monumental landmarks in the city including the Diocletian’s Palace. As if that’s not enough, the stunning beaches at Kasuni, Obojeni and Bacvice never fail to disappoint.

Salma Hayek was recently shooting a movie in the city of Zagreb. While Ryan Reynolds and Samuel Jackson went back home after filming, Hayek had other plans. That is to say, after the shooting, she traveled to Split star in another movie by Mike Cahill called “Bliss”. During this time, Hayek also took time to relax and indulge in a quick vacation in the Dalmatian city.

Just so you know, much of this film was also shot in the center of Split. For this reason, the entire cast was treated to an insight of many landmarks around Split. In fact, as the theme of this movie was based on a “homeless” character, you can imagine the cast really got to know the city during this time. As you might expect, many of those who worked on the movie also got to spend time traveling around Croatia before and after the shoot. Needless to say, this involved the Blue Lagoon boat tour and the Blue Cave boat tour which are both easily accessed from the city of Split.

And then there’s Owen Wilson, the famous actor from “the Wedding Crashers”, “Zoolander” and many more instant classics. Wilson was also part of the cast for “Bliss” and now good friends with Salma Hayek. However, the funneyman was much more outgoing during his time in Split and many photographs have surfaced with him posing with fans at restaurants, shops and on the beach.

In fact, Owen was also spotted exploring the market in the old town and then dining at Zrno Soli restaurant before moving on to a nearby bar. It’s not clear whether the actor took any day tours to nearby attractions but he left five star reviews for the restaurant and seemed to be especially relaxed and happy during every interaction.

With this in mind, this is largely why so many celebrities choose to visit Croatia in general. In other words, celebrities can usually walk the streets in Split or Dubrovnik without being hassled in any way. Aside from the odd greeting or photograph, locals let them live a normal life and as everyone knows, life in Croatia is extremely laid back and relaxing!

Are you familiar with Amancio Ortega? You’ve probably worn his designs and most certainly visited one of his stores at some point. Ortega is the founder of the clothing brand Zara, and responsible for many brands including Bershka, Pull&Bear and Oysho. Needless to say, the man is extremely wealthy and the sixth richest person in the world with a net worth of $70 billion. But anyway, Amancia visited Split recently with his wife, Flora Perez, and they went on to the islands of Korcula and Hvar. We are not sure how long they stayed in any one of these places but reports say that they took a boat tour to the Blue Lagoon at some point.

However, we do know that Ortega and his wife visited DiVino restaurant and spent plenty of time walking around the old town in Split. Ironically, nobody paid much attention to them during this time and photographers only noticed when they returned to their yacht.

In many ways, this is a good example of what makes Croatia such an interesting place to travel, for you can dip in and out of cities or islands whenever you want. For many holidaymakers, this means they can visit Split and take trips to Hvar & Bol town or spend time on the islands, while visiting the Blue Cave or Blue Lagoon on day tours. Either way, there’s a certain variety that makes Croatia an adventure with many different sides!

David Guetta is another celebrity that visited Split in recent times. Just so you know, Guetta is a famous music producer with multiple chart-topping tracks and now one of the most famous DJ’s in the world. On that note, it’s rather complimentary that he holds Croatia in such high regard, for he gets to travel to pretty much every country in the world with his gigs.

But where did he visit in Croatia exactly?

Although David Guetta was visiting Split in order to perform at the Ultra Europe Festival, he did spend time checking out the city just before and after the show. What’s more, Guetta took to Instagram with photographs as he spent the next two weeks sailing along the coastline of Croatia. As you might have seen, this was an extremely modern yacht and easily recognized any time the boat came into port. However, as with many celebrities that visit Split and Croatia, we can only assume the superstar was able to visit the islands and attractions in the Adriatic.

Split: Celebrity Hotspot or Something for Everyone?

It’s true that celebrities seem to be in love with Croatia but most famous people seem to head for the islands such as Hvar or Korcula. But it must also be said that celebrities come to Croatia for the same reasons as everyone else, from the pristine beaches and lively bars to sublime seafood, friendly people and magical attractions such as the Blue Cave of the Blue Lagoon. Either way, the message is clear; Split, as with every other city in Croatia, is overflowing with attractions and reasons to visit. What’s more, this low cost holiday destination is filled with unique experiences and an endless ocean of islands.

As you can see, many celebrities seem to favor Split and Croatia for the relaxing atmosphere. At the same time, there are so many attractions in each city, while boat tours can be taken to the nearby islands of Hvar, Bisevo and Korcula. What’s more, some of these destinations are within easy reach of the Blue Cave and the Blue Lagoon which leave little wonder as for why celebrities are so taken by this part of the world. 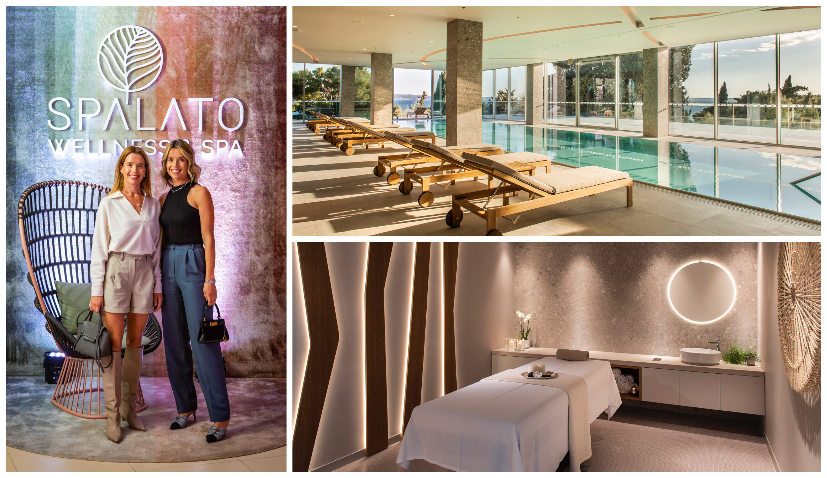 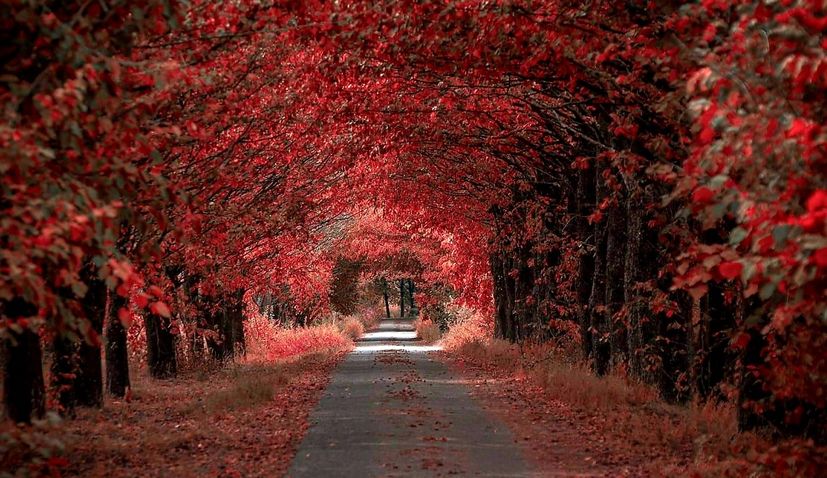